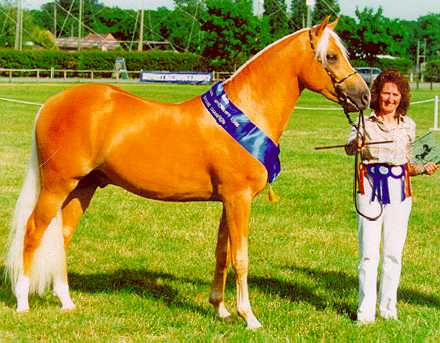 Individual horse colors are discussed on their own pages, see the table of links at the bottom of this page.
Horse owners often favour particular horse colors or patterns. Among horses of a similar conformation, temperament and atheletic ability they may pay a bit more for one that, to them, looks stunning because of its color or pattern.
If you don’t believe this is so think about the horse breeds and colors of the world. Some horse coat colors and patterns, such palominos and paints (or “colored horses”), have societies dedicated to their “improvement” even though they clearly aren’t breeds. This is so even though they may not breed true for the color or pattern (in the case of palomino they won’t). In America the Appaloosa is a breed based upon a pattern. There are also some breeds that are linked with one or a few preferred colors, for example the UK draft horses the Cleveland Bay (mostly bay) and the Percheron (mostly grey). 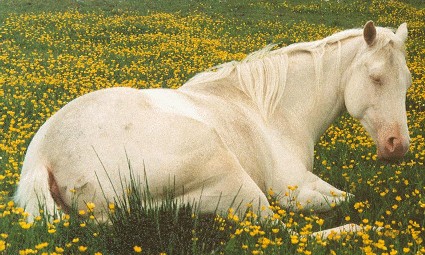 Many breed societies specify horse coat colors and patterns that horses of the breed may and may not be. Sometimes the “rules” are quite strict and not necessarily entirely logical from a genetical point of view!
Until 1st May 2004 the American Quarter Horse Society (AQHA), for example, didn’t allow extensive white markings (rule 227(c)). Even now the registration certificates of horses exceeding the previously forbidden marking limitations will bear the words: "This horse has white markings designated under AQHA rules as an undesirable trait and uncharacteristic of the breed".
I think the “logic” behind this is that the foundation quarter horses didn’t have such markings and so their descendants should be kept “true to type”. This kind of selection, here against particular characters, is the way in which many breeds develop. Eventually most horses conform to the ideal since those that did not were not eligible for registration and would therefore rarely have been bred from. 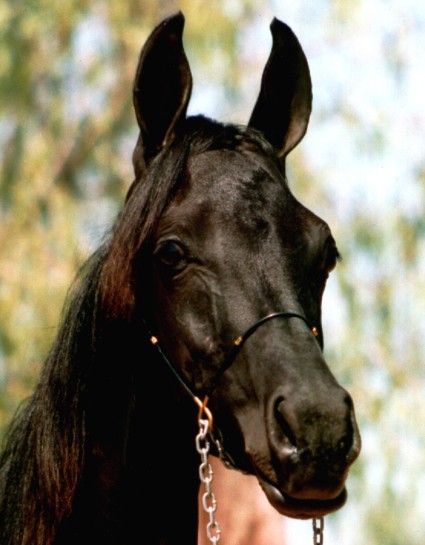 Nevertheless, some descendants of some of the foundation quarter horses (such as Old Fred), did (and do) have more extensive markings. In all other ways these horses probably were – or are – little different from their parents and other relatives. A quote from Hank Wiescamp (1979) illustrates this criticism of AQHAs rule 227 (c): "The Quarter Horse is a breed, and not a color breed, either. But if you breed a Quarter Horse to a Quarter Horse and get too much white, they say it's not a Quarter Horse. But if it's a solid color, with no class or conformation, it's still a Quarter Horse. I disagree..."
Personally I agree with Mr. Wiescamp, but there are many who still get outraged by issues such as this (as illustrated in the May/June issue of America’s Horse, readers letters page).
In other breeds, such as the Welsh ponies and cobs, many breeders favour flashy white markings on the face and on all four legs, even though – or perhaps because - breeding horses with good even markings can be challenging. The color rules of registration societies change with time, as has occurred with AQHAs ultimate acceptance of cremellos, as late as 2002. 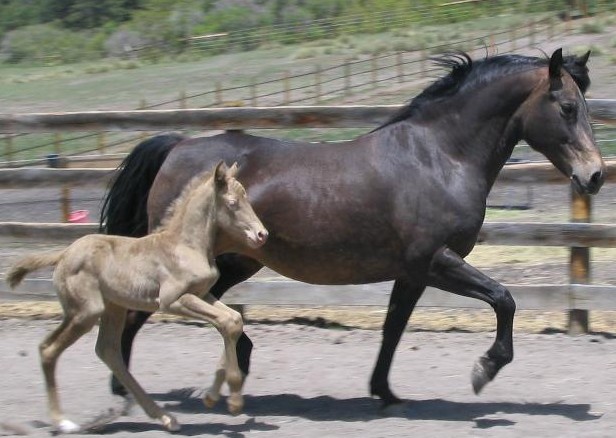 Clearly horse coat colors can affect both the market value and saleability of horses and ponies, with preferences varying according to time, location and breed. This has lead to an interest in horse color genetics and a need to understand how different horses colors and patterns can be produced and/or avoided.
There is now an ever growing amount of information available about horse color genetics and horse genetics in general. There are even genetic tests that have been specifically designed for breeders interested in producing horses and ponies of particular colors.


All horse colors are, or result from some modification of, black, bay, brown and chestnut. 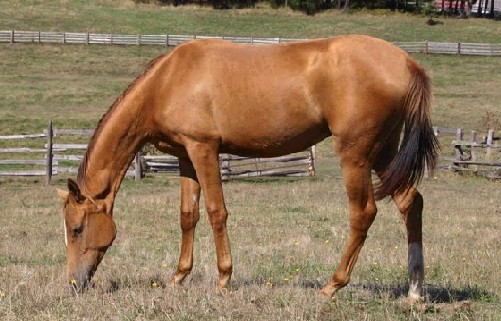 All horses are either the base colors, which are black, bay, brown and chestnut (including sorrel) or result from some modification of these colors. Three major genes are known that determine the base colors. These are designated A, B and E and are discussed in the horse color genetics section. Other genes exist that control the modification or absence of color and/or patterning, and are also discussed here. 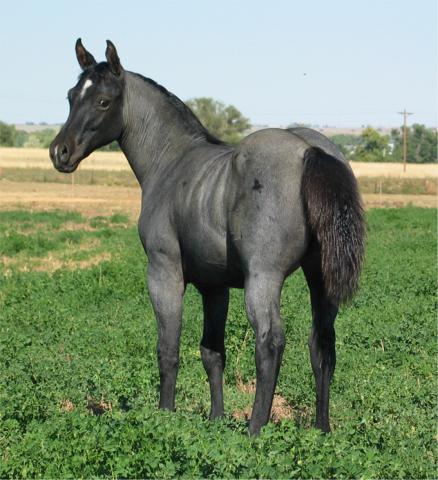 Horse coat colors are under separate genetic control from patterns and markings. Therefore when first learning about horse colors it is generally helpful to initially ignore white markings.
If you are specifically interested in spotting (appaloosas) or paints (“coloured horses”) then these patterns have a genetics of their own (discussed in other sections of this web-site). The underlying color, for example whether a paint is black (as in piebalds) or chestnut (as in skewbalds), is determined by the genes controlling horse colors. Similarly red roans are chestnuts with a roaning pattern, with the coat color and roaning determined by separate genes. 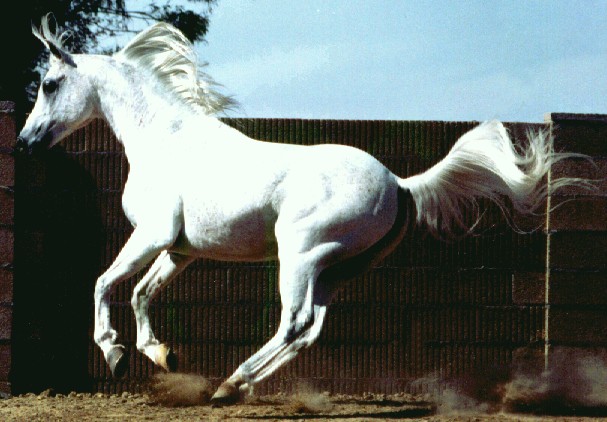 White markings and patterns are due to an absence of color. White leg and face markings are under complex genetic control making it relatively difficult to breed for even markings (i.e. several genes affect these characters). Gray is interesting in that the action of greying genes causes a more or less gradual change in the underlying coat color. It is a process that occurs with ageing so that a gray foal is born some other color and eventually looks almost white (though they are not genetically white horses, which are actually very rare).
Each color and pattern has its own page. Click on the links in the table.
Most of the color and pattern pages lead to further related pages.