This palomino stallion is by chestnut stallion Eldyr out of palomino mare Fayrelands Silver Lace.

Many thanks to Phil and Pauline Gribben for allowing me to display this photo of their fabulous palomino stallion. This elegant horse is a supreme example of the "ideal" palomino colour. What a stunner!

This fine stallion is now standing at stud at Rainbow Arabians in Denmark. 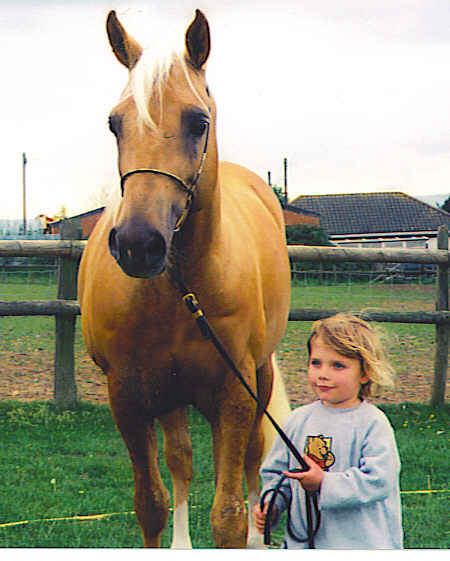 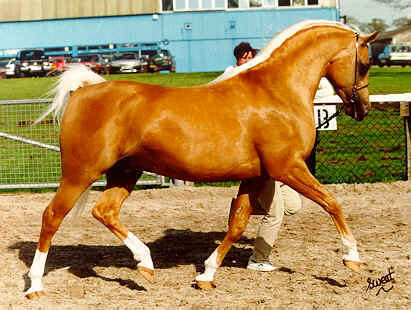 His sire is Eldyr, a superb chestnut stallion imported by the Shulay Stud from Arabica Belgium, as a foal in 1986.

He has Aswan bloodlines on both sides of his pedigree and has sired 3 British National Supreme Champions, as well as many other top class show winners.

Those interested in breeding palominos, especially for showing, should have a good look around the websites of the Shulay Stud (UK) and Rainbow Arabians (Denmark).

You might also want to visit these pages of the horse genetics website for more on palominos and their genetics:

horse color genetics and the C-locus

(scroll about two-thirds the way down the page)

(scroll about a third of the way down the page)